I’ve had a DJI drone for a few years now. It’s reliable and super easy to fly. Recently a friend asked me if I had any recommendations for an FPV drone – next thing you …

We all remember the good old times when the bundled games that came with an operating system were actually worth playing. Solitaire, Minesweeper, and my personal favorite, Pinball. Unfortunately a lot of these are missing …

There are many online content providers, from Google Play to Amazon Prime. However, the one with the best content selection for the price is still Netflix. Netflix is an amazing service, especially considering the price. …

Keeping up to date backups is very important when dealing with any type of online server. One can never predict when a hard drive will fail, a file system gets corrupt, or even when mother …

On October 29, 2013, DICE released their latest addition to the Battlefield series of first person shooter video games; Battlefield 4. I personally played the public beta in early October and I have to say, …

END_OF_DOCUMENT_TOKEN_TO_BE_REPLACED

is a great phone from Virgin Mobile but as an avid Android user, I always want more out of my devices. I’ve recently run Harmonia, a cleaned up stock based sense ROM. (Here’s my guide to root and install Harmonia) This was fun but I had noticed my phone randomly rebooting and I decided it was time for a new ROM. I’ve used CyanogenMod before on my LG Optimus V so I knew that it should be my goal to get it onto my Evo V. Since the Evo has been out for a while, this shouldn’t be too much of a problem. I did have to jump through quite a few hoops such as getting S-OFF and flashing back and forth between ROMs to finally be able to even flash the CyanogenMod ROM but after a days work I now have CyanogenMod 10.1 with Android Jelly Bean 4.2.2 running on my HTC Evo V from Virgin Mobile!

END_OF_DOCUMENT_TOKEN_TO_BE_REPLACED

The default screen savers that come with Windows 7

are alright but sometimes they just get old a repetitive. Now there aren’t too many ways that you can go about getting new screen savers but there is one method that is relatively easy to set up and allows you to set any video as a screen saver on your computer. We can accomplish this by using a free program from Microsoft called Windows Essentials Photo Gallery.

END_OF_DOCUMENT_TOKEN_TO_BE_REPLACED

Today we will be reviewing the Logitech G700 Wireless Gaming Mouse

mouse. Equipped with 12 programmable buttons, wireless as well as wired abilities, and much more; this is one nice mouse. My only real concern is the interference from my Logitech EX100 Keyboard

when I am using my G700 in wireless mode, but that’s just my old hardware conflicting with the new mouse… Anyway, keep reading for the full review!
END_OF_DOCUMENT_TOKEN_TO_BE_REPLACED

First of all, Happy New Year everyone! Apple has yet again made their crippled device even worse by failing to correctly configure their Do Not Disturb feature for the new year. What a surprise… That’s why I have an Android phone!

Aside from my personal preference, Apple did mess up. Turns out that their Do Not Disturb feature, which blocks calls at set times like late at night, is not correctly complying with the new year. You would think that something so basic would not get messed up so easily.

END_OF_DOCUMENT_TOKEN_TO_BE_REPLACED 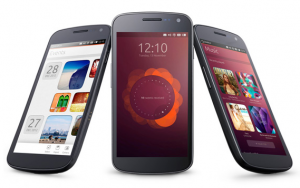 Sometimes, especially with all of the sales, you can gather quite a few extra VPS servers. Especially small ones that aren’t very good for large scale projects. This is why I decided to turn one of my low end VPS servers (that’s redundant, isn’t it…) into an openVPN server that I can use to securely access the Internet. This is especially helpful for on my Android phone when connecting to wireless hot spots. You never know who is looking at your traffic.

So let’s get started!

END_OF_DOCUMENT_TOKEN_TO_BE_REPLACED

How To Root The HTC Evo V For Virgin Mobile

Gaining root access on your Android device is one of the best things you can do. It unlocks an entire new world of apps and hacks you can run on your phone. Rooting your HTC Evo V 3D 4G

is a fairly simple process. It’s not quite as easy as rooting the Optimus V but if you closely follow my instructions you will be file.

END_OF_DOCUMENT_TOKEN_TO_BE_REPLACED

Free Domain name as are great. Although I wouldn’t necessarily use them for an important website due to the chance that they may not be here tomorrow but they are great for testing and small non critical web sites. Below is a list that I compiled of my top five free domain name providers.
END_OF_DOCUMENT_TOKEN_TO_BE_REPLACED

How to set up a McMyAdmin Minecraft server on a VPS

Minecraft is awesome. There is no doubt about it. Some of us may have been hosting a server for our friends from our home computers. This is great but eventually you either get tired of having your computer on or just want something with a faster Internet connection. To fix this annoyance you can rent a VPS. A Virtual Private Server is a server that you pay a monthly fee to use and you can run it 24/7. If you look around you can usually find some good deals. Check out LowEndBox.com – I just found a 2GB VPS, which is perfect for a small Minecraft server, for just about $2.50 a month!

END_OF_DOCUMENT_TOKEN_TO_BE_REPLACED

Yesterday, 11-13-12, I noticed that some of my websites were not working. At first I thought it was a server issue but it turns out something is going on with my domain registrar, co.cc. Their main page is not loading and none of their domains are mapping out as well. It is hard to find any reliable information as to what exactly is going on.

END_OF_DOCUMENT_TOKEN_TO_BE_REPLACED

I myself am one amongst the many that use a custom background for their Google homepage. I have used the same one for more than 5 years and I like it quite a bit. Google has just started displaying a notice that on November 16, 2012 they will be doing away with the background images to create a more “streamlined” search engine. Ohh great….

END_OF_DOCUMENT_TOKEN_TO_BE_REPLACED

Now with many people using solid state hard drives or their game library may just be outgrowing their primary hard drive they need to be able to install their games to a second hard drive, a different location with more space. With Steam you have to use a program that creates a virtual link to the games new location. Now with Origin it’s actually easier, but only if you’re installing a new game.

END_OF_DOCUMENT_TOKEN_TO_BE_REPLACED

Today, October 1st 2012, thepiratebay.se has been offline. Many say that this is due to a raid by Swedish police. Others say that it was a simple power failure on The Pirate Bay’s side. Both TorrentFreak and The Pirate Bay’s Facebook page have confirmed what is really going on.