There are many online content providers, from Google Play to Amazon Prime. However, the one with the best content selection for the price is still Netflix. Netflix is an amazing service, especially considering the price. Unfortunately I can only fully utilize this service if my internet connection can support it. Now ideally, I pay my Internet Service Provider for Internet access; unrestricted Internet access. And it isn’t anything Cheap. I can get Netflix for just $8 bucks a month, but I have to give up over $50 a month just for a measly 8Mbps connection. Doesn’t seem fair, but hey, that’s my only option. The great monopoly that is Comcast is the only cable Internet provider in my area… I pay then handsomely for Internet access, yet at times it would appear that they are failing to do even that. Recently I have been having a very hard time streaming content from Netflix, and I’m not alone.

So here’s the deal: Just in the past few weeks I have been having a very hard time streaming Netflix content. At first it seems to get worse during prime hours. Recently it would appear that I’m having trouble regardless of the time of day.

When I load up a TV show or movie on Netflix, regardless of the quality, I’m always having to wait for it to buffer. Once it does buffer, I get to watch a few minutes until I’m presented with yet another buffering screen. I didn’t have this problem a couple of months ago.

Now some (Comcast…) would say that I have inadequate bandwidth to handle a Netflix Stream. On the Netflix website it clearly states that at least 5Mbps is required for an HD stream. My current Comcast package is for 6Mbps and I usually see 8Mbps. So clearly bandwidth isn’t a problem.

Another bit of evidence to support the fact that bandwidth isn’t a problem is that if I route my computer through a VPN, the Netflix stream plays perfectly in HD without any buffering issues. When I look at my router’s bandwidth graph, I can see that I am fully utilizing the 8Mbps connection that I have. Unfortunately the second I disconnect the VPN, the problem comes back. The endpoint on the VPN itself is located in Texas while I reside in Illinois. 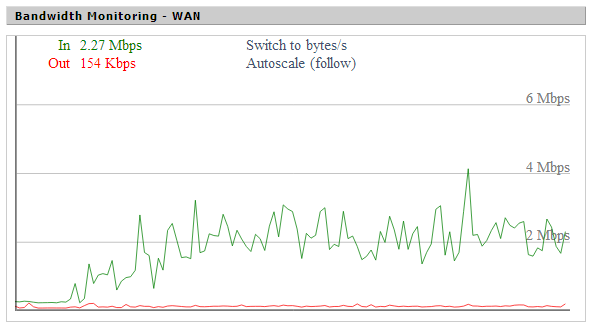 My router’s bandwidth graph shows that I’m only using about 25% of my Internet connection when trying to stream Netflix without a VPN. During this, the stream is not HD and I am constantly being presented with buffering screens. 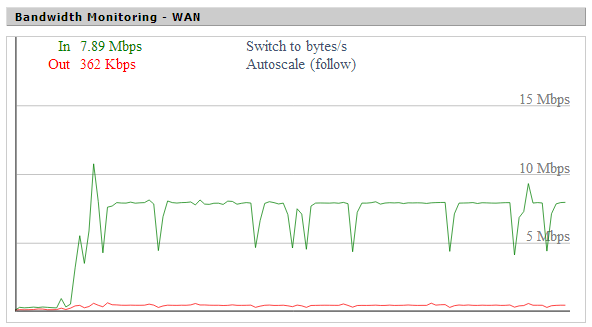 Now that we’re going through a VPN, my connection is being fully utilized and I’m streaming in HD without any stops for buffering!

As you can see from this speed test without a VPN, the issue is only with Netflix.

Even Steam doesn’t have an issue using all of my available bandwidth without the need for a VPN.

So far I have tried many things to attempt to fix this issue. Most of them I have done multiple times as I talked to multiple support agents from both Netflix and Comcast.

So far I have talked to two Comcast support agents via their live chat. I have also been in contact with a number of their @ComcastCares representatives on Twitter. For the most part, they just ran me through the basic connection tests, stated they don’t throttle connections, and then told me to buy a higher tier over and over agian. One guy via live chat did have the following to say:

That portion of the chat, especially the last bit, is quite alarming. He makes it sound as if Comcast is purposefully restricting access to Netflix because they are a competitor.

I contacted Netflix live chat support as Comcast recommended and they also took me through some basic troubleshooting steps that did not help my problem. The third Netflix agent said the following when I mentioned the fact that Comcast is my ISP:

We have been getting a number of reports from our comcast customers that they are having issue streaming to us. We have been trying to reach out to the ISP to get it fixed however they refuse to help and just say the issue is on our end even though all our servers are up and running.
You: Ohh I believe it…

This statement here just confirms what the other Comcast agent said to me. I have no idea if it’s actually true, but it wouldn’t surprise me if Comcast was shaping our traffic again.

Fortunately I have found a temporary solution to this mess. I use an $8 per year VPN that I setup on a VPS in Texas. So far this fixes most of the issues I am having with Comcast. Like I said though, this is a temporary solution. I’m still awaiting a proper fix from Netflix or Comcast. I shouldn’t have to use a VPN… Yet again, who knows what else Comcast is doing with my packets. I honestly don’t trust them…

I’m going to do my best to get a solution for my problem from either Comcast or Netflix. When I do, I’ll be sure to share it with you guys! Feel free to share your thoughts in the comments or provide any troubleshooting ideas. I’m desperate at this point…