Send texts and manage your Android phone from a web browser

On January 16 Wikipedia announced that they will hold a black out across the entire English-language Wikipedia site for 24 straight hours in protest against the Stop Online Piracy Act and the Protect IP Act. 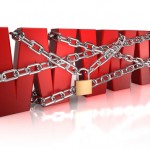 Wikipedia, and other sites like Boing Boing and Reddit,  will be going dark Wednesday January 18, 2012 for 24 hours starting at 5AM UTC.

This is all in protest against legislation that would change the way we use the Internet forever. If these new laws are passed though the Internet will change in drastic ways. The government is sticking their noses into the Internet and creating laws about something the know very little about. This is why Wikipedia and other sites are holding a site-wide blackout; to take action against the censorship of the Internet.

It is unfair that governments and those with the power think that they should be able to rule over the Internet. The Internet was never intended to be overly controlled like this. The Internet is a place for free speech. A place to voice your opinion and not get it censored and removed. If media producers are worried about their digital content, they should have never uploaded it to the Internet in the first place. The free internet came around before the idea of purchasing music online without having a physical copy of it. All of the media companies have outdated mindsets and they are too old fashioned and stubborn to realize what the Internet even is.

For more information; view the announcement from Wikipedia.