Today, Thursday January 19, Megaupload was shut down by the federal government. Almost everyone is familiar with this popular file sharing website. The site was used to share files. Users could upload a document and send a link to a friend to download. Now users will have to go elsewhere to do their file sharing. 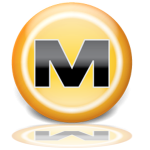 Megaupload was shut down by feds because of the sites involvement in the distribution of copyrighted materials. The website generally gets around 50 million daily hits. When the site was terminated a message to its users was displayed.

”This domain name associated with the website Megaupload.com has been seized pursuant to an order issued by a U.S. District Court.”

The government stated that the site had been sharing movies, software, tv shows, music, and other copyrighted material.

In total, seven employees, including Kim Schmidz the director, were arrested. They were charged for copyright infringement and also for a conspiracy to commit money laundering.

If you think this is bad, imagine what will happen when SOPA and PIPA go through. More and more scenarios like this will arise. Sites will become terminated after years of providing useful services to its users.